I have fished Tynemouth a lot on the kayak but rarely see another kayak fisherman out there. I really rate it as a spot but it did take me a fair while to figure the place out and often came back empty handed in the early days.

The place is very versatile. There are plenty of sand banks that offer good dab and plaice fishing plus the odd grey gurnard. Whiting arrive in their droves over winter and are an easy target as the sun sets. One session resulted in half a dozen large whiting all in the space of 30 minutes. The largest just under 3lb!

There is rocky ground to the North end and South end of Longsands beach which offer good cod fishing, especially after an unsettled period. There are also some reefs in the middle of the bay which can produce the goods on the right day. I’ve fished these on a low tide in only 15-20ft of water and pulled out a number of large cod.

In summer, Longsands is my go to spot for mackerel. Once reports come in that mackerel have arrived I try to get out at Longsands to bag up on them for my lobster pots and for winter bait (plus a few for the BBQ!). They come in very close to the shore once the bait fish are around, particularly as the sun starts to set. I have also targeted mackerel on my Stand Up Paddle Board with an LRF rod…brilliant fun!

Access at Tynemouth is straight forward. There are slips at the North and South end of the bay. You can park on these if you get there early enough although you need to pay for it. In fact, all spots in Tynemouth require a parking ticket which is a downside. In addition, it can get very busy during the peak of summer. On occasion I’ve had trouble weaving my kayak in and out of the sun bathers. Early morning or late afternoon / evening solves this problem. Another thing to be slightly wary of is other people out in the water. It gets busy with swimmers and surfers. The beach picks up plenty of surf making so this is a spot to choose on a very small to flat swell forecast.

Launching from the North Slip at Tynemouth Longsands 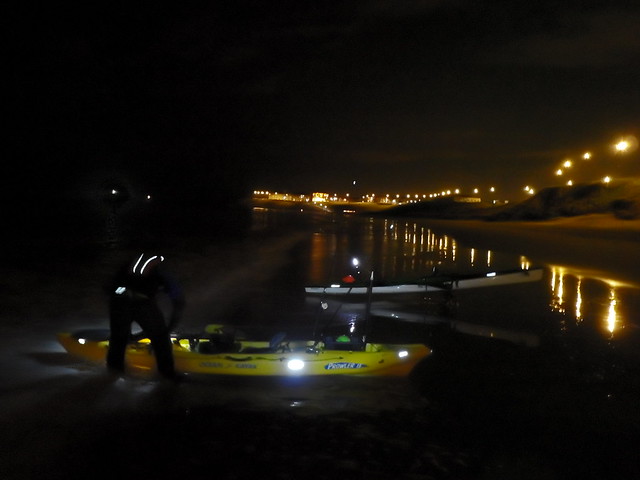 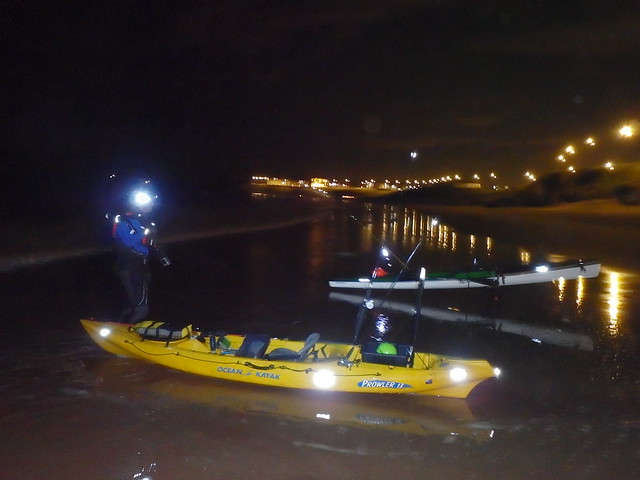 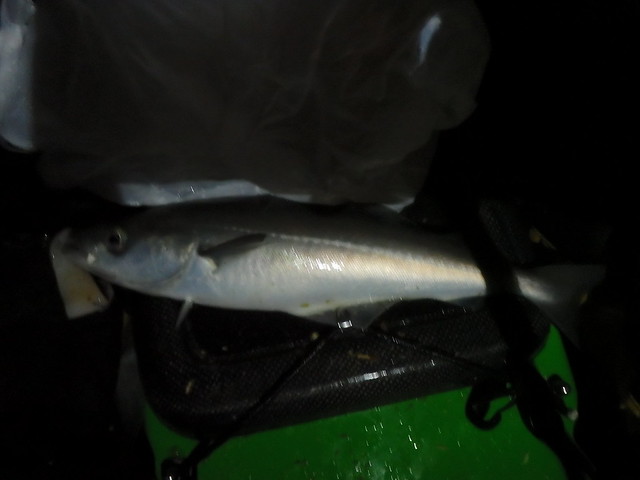 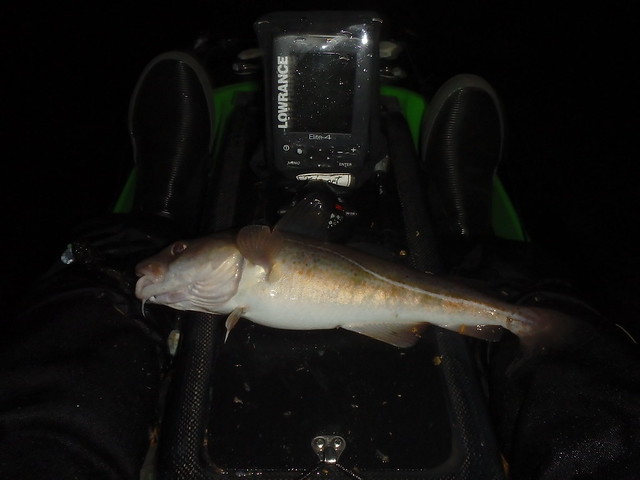 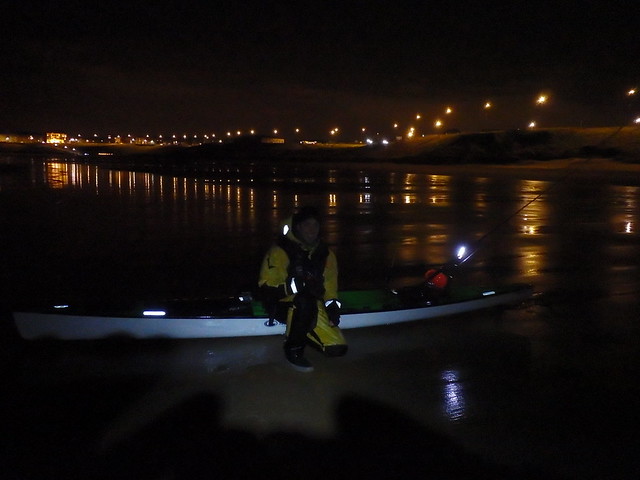 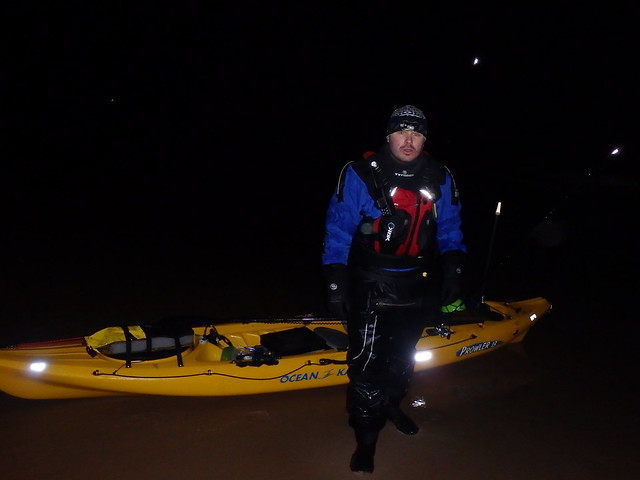 I managed to get out for a couple of hours this morning at Tynemouth. I just anchored up over rough ground close in at the North end and had cod a plenty. Approx a dozen overall. Most were small but a couple of better fish were found towards the end.

I’ve gone for a video for a change. This is my first attempt using footage from my Garmin Virb and Olympus Tough. This was also the first time I’d had a go at mounting the garmin behind me (less selfies!). I need to keep working at it so hopefully they will get a bit more interesting over time…..

Permission granted for a quick short notice session at Tynemouth yesterday. There was a small weather window so I grabbed the chance 🙂 . Nathan and I headed out to Tynemouth first light yesterday for a couple of hours before the swell kicked in on Sunday. The wind was kind to us and less than forecast. I wanted to try the mark that was so productive for me last week. The only problem is I got the tides wrong. We paddled out to the mark which is very close to the shore and it was only 15 ft deep. Hmmmm…

We then investigated further out but could only find small patches of rough ground. After moving on quite a bit over a period of an hour without a bite we decided just to anchor up over the really shallow spot and see if anything was about. I didn’t think it likely but was just enjoying being out on my first session of the year.

It was also a chance to try out my Warbird mini that I won in the North East Kayak competition in the summer. I had only just got around to rigging it up! It is surprising how small this reel really is. Should be a laugh. 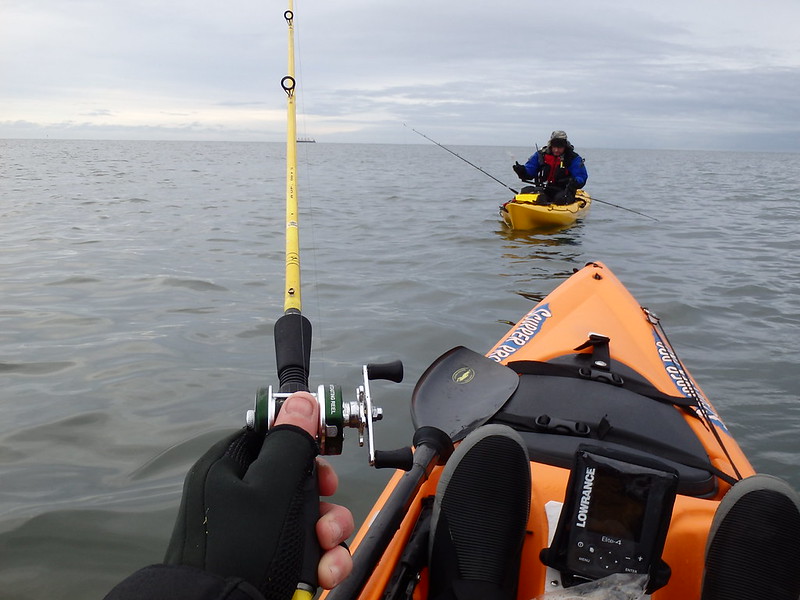 I did a bit of ground baiting with some old smelly squid I had in the freezer for months. Nathan gets straight to it with a small cod on baited hoikkais. So the, the fish were there despite the depth. This seems to be the way with my fishing recently. Fish have been very close in for me. 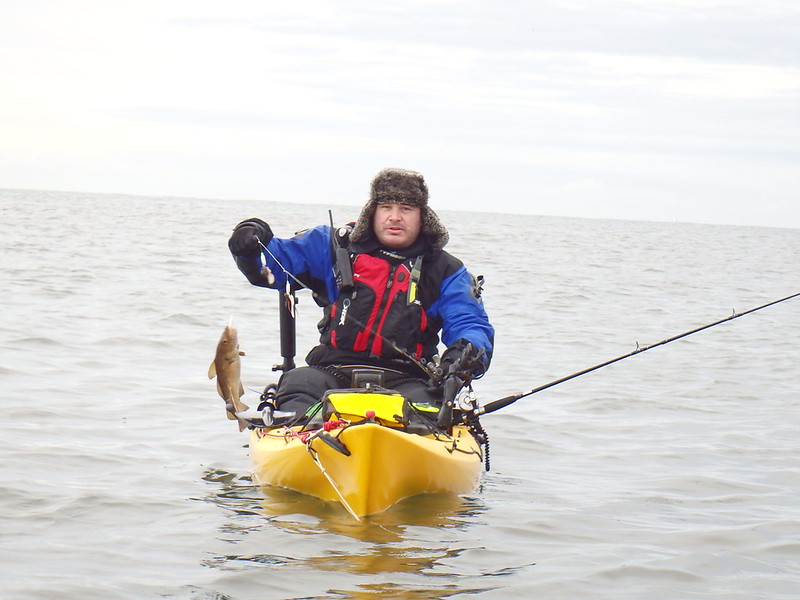 I had a really good hit. I was fishing with 2 rods and this one took my 12lb Ugly Stik chrimbo present. The rod was almost bent double into the water. In such shallow water it fought like hell. It was almost certainly a cod the way it was knocking its head. On the way up from only 15ft I managed to lose it close to the surface. I was gutted. If it weren’t for Nathan being tethered opposite me it would sound like a fishy tale.

This spurred us both on knowing that there was some stonkers just beneath us.

Next was a very subtle tap on the warbird rod. The mini reel was christened and it was a first for me. I think it is a scorpion fish (please correct me if I’m wrong): 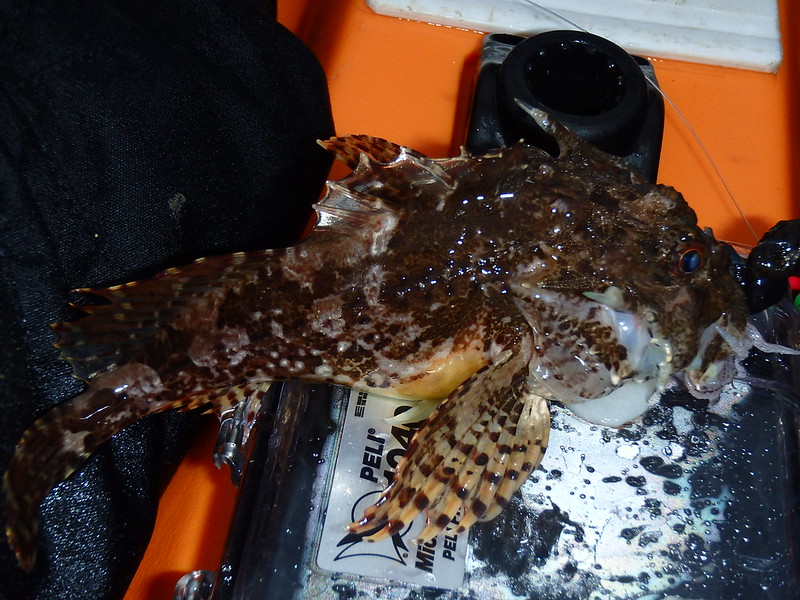 I then had a nice tug on the other rod and up came a lean cod: 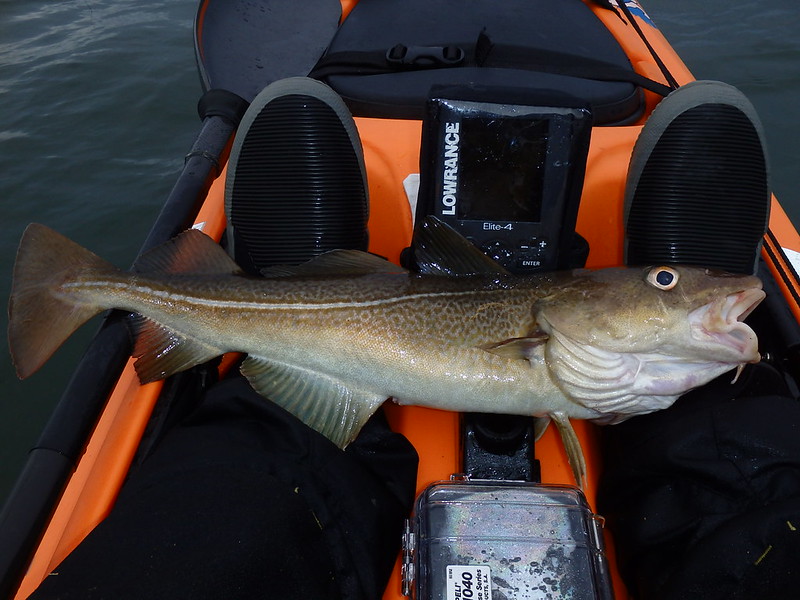 It was then time to call it a day. A 2 year old and a 6 week old baby mean my fishing sessions are going to be pretty short for the foreseable. Still, delighted to get out this early in the new year and I’m keen to keep trying to find productive marks at Tynemouth.