Nathan and I headed out at Whitley Bay this morning. It was a beautiful morning.

Setting up around 7am. It was pretty chilly with a frost on top of the cars 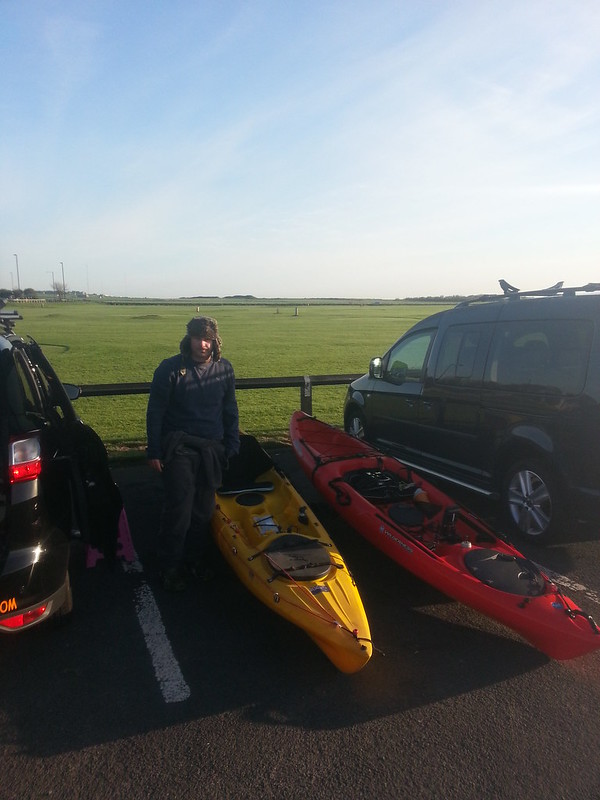 Nice to see the sun out 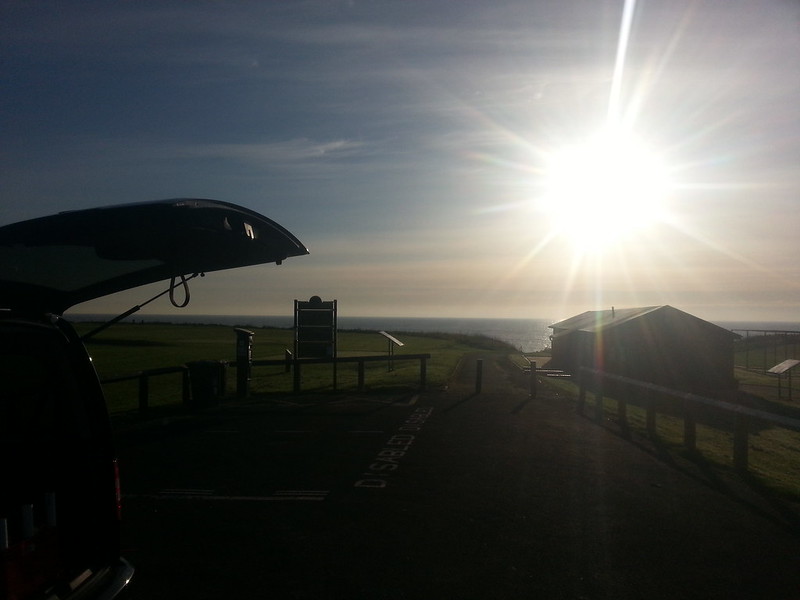 A bit of swell but nothing too bad. Nathan bodged the launch and had a little dip in the sea but I couldn’t get my camera ready in time 🙂 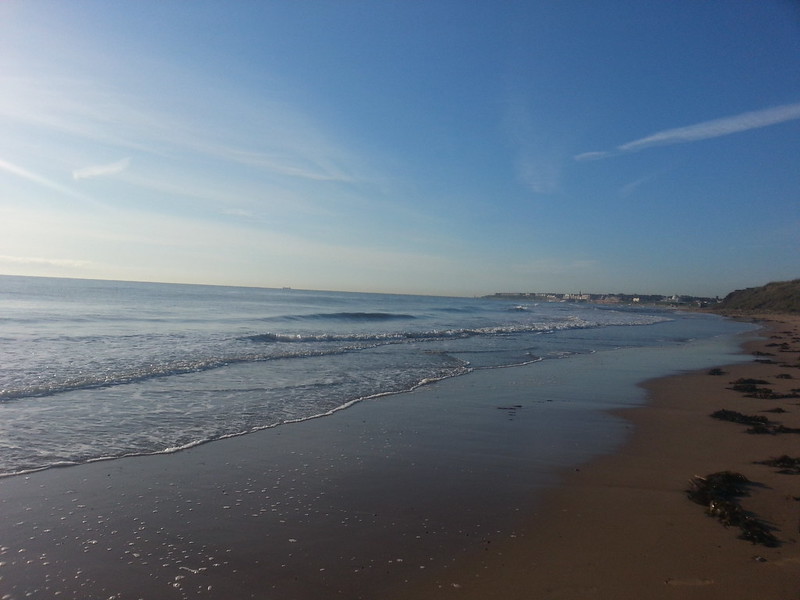 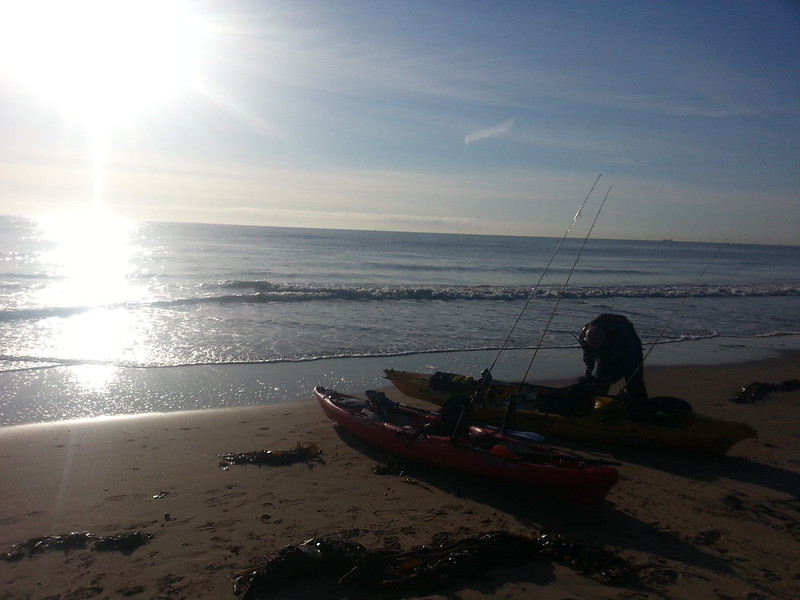 The wind was light (up until about 10am) and there was a 2-3ft rolling swell out the back. We paddled out about 2/3rds of the way to yellow can and spent about an hour drifting with shads without any joy. Both of us got snagged in the end so decided to paddle a bit further out and anchor up.

The first fish for me was a nice size pouting. I caught around 5 of these in the session 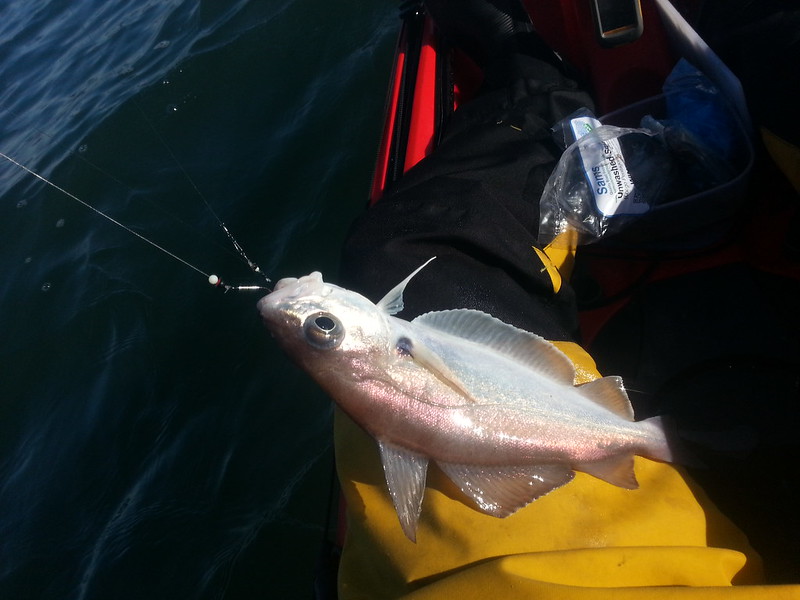 I then hooked into a really good fish. Definitely my best fish to date, rod really bent over, tip touching the water and unable to budge it from the bottom for the initial 10 or so seconds and then gone! On retrieve my hook knot had slipped. I was gutted!

Nathan was doing well. Here is his first keeper on squid. 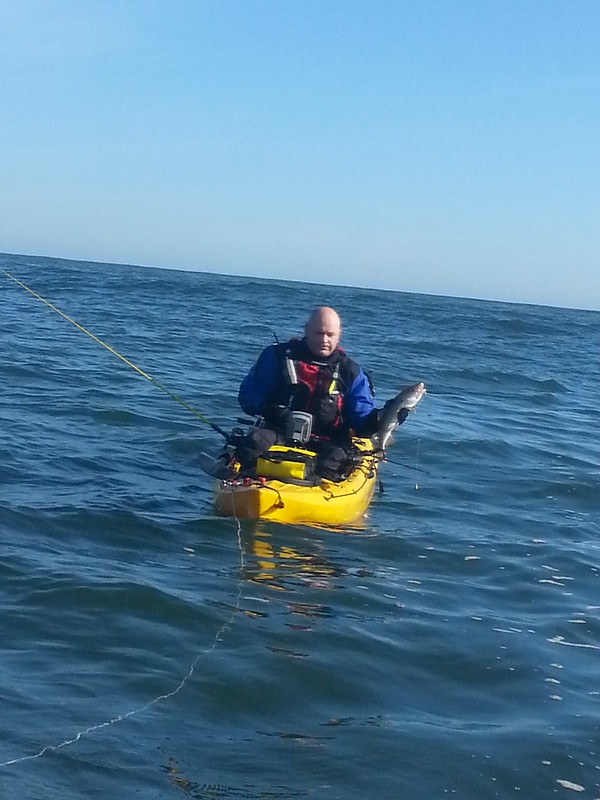 And another one coming to the kayak. 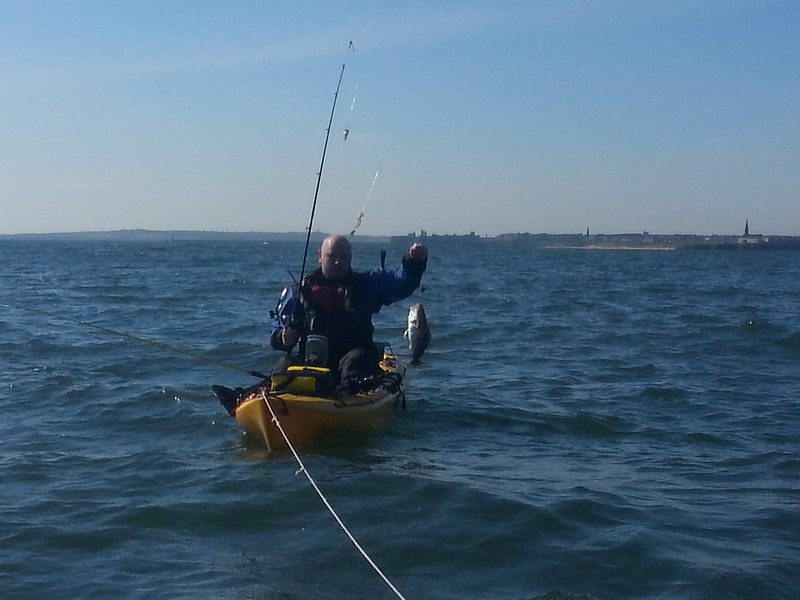 I continued to get more pouting: 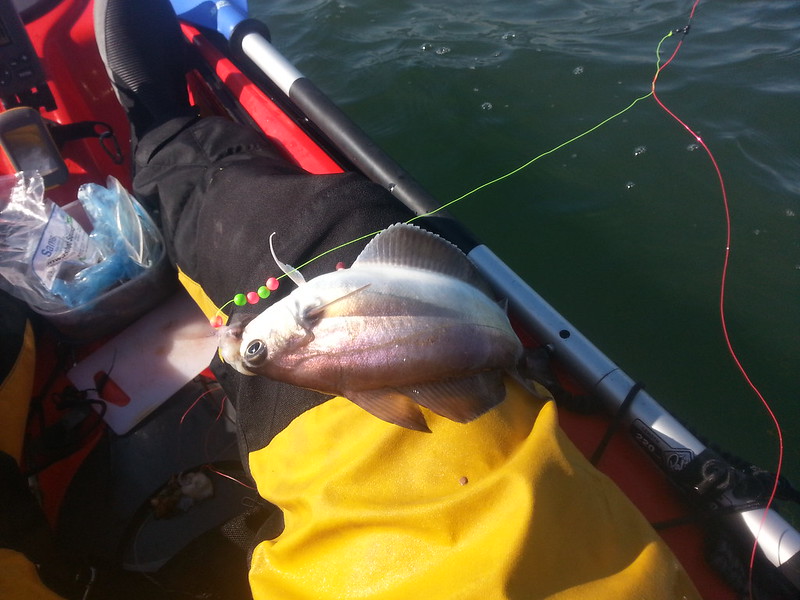 Then I got myself a better size cod. I had a few smaller ones before (except for the one that got away…..). 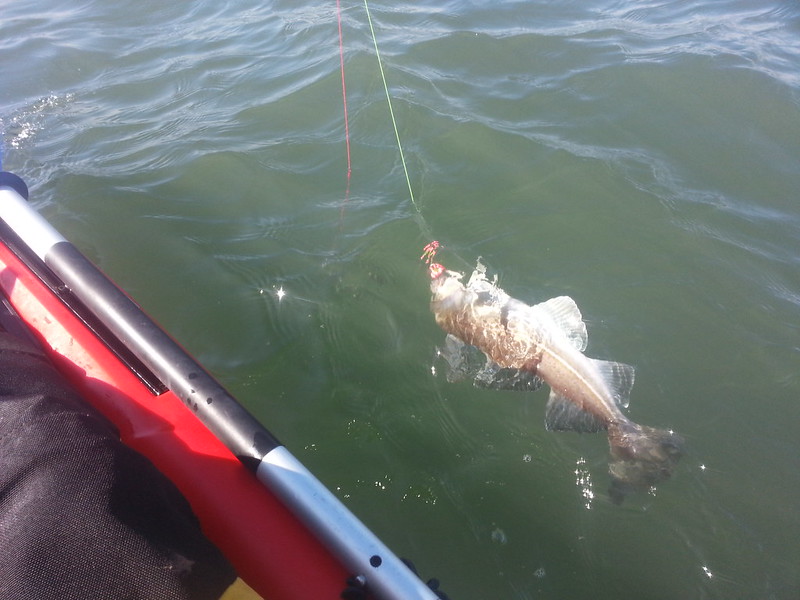 The wind really got up around 10:30am and it was time for the paddle back in. It was only forecast around 5-8mph but white caps were appearing and it was a bit of a slog heading back in.

One question – do Pouting struggle once being brought up from the depths? I was fishing in about 50ft of water and 2 of the pouting (both lip hooked) really struggled to swim away again after releasing. They were just floating at the surface but with no noticeable damage. I wondered whether they are susceptible to swim bladder damage on a quick(ish) retrieve.