A short session today around the back of the lighthouse. I had to work hard for the fish but was rewarded in the end. One thing that struck me more than any other session I’ve had before was the number of fish I lost! It was driving me mad. I was fishing like a doughnut! It was a case of fish on then, half way up, fish off. Two takes felt like potential PB contenders. It was very peaceful on the water up until these moments when I couldn’t help but scream a little. Still, it made for an exciting session.

I struggled to find any decent cod despite a 10lb’er being pulled out of this area earlier in the week. I had a few but all small.

What was enjoyable was the amount of Pollock around. I’ve not caught them around here this late in the year before but with the settled weather the water is so clear they are all still to play for. Long may it last 🙂 I’m really starting to get this location wired but will most likely need to log it to memory for next summer when the weather turns.

Time for some pictures:

The first pollock within about 5 minutes of fishing: 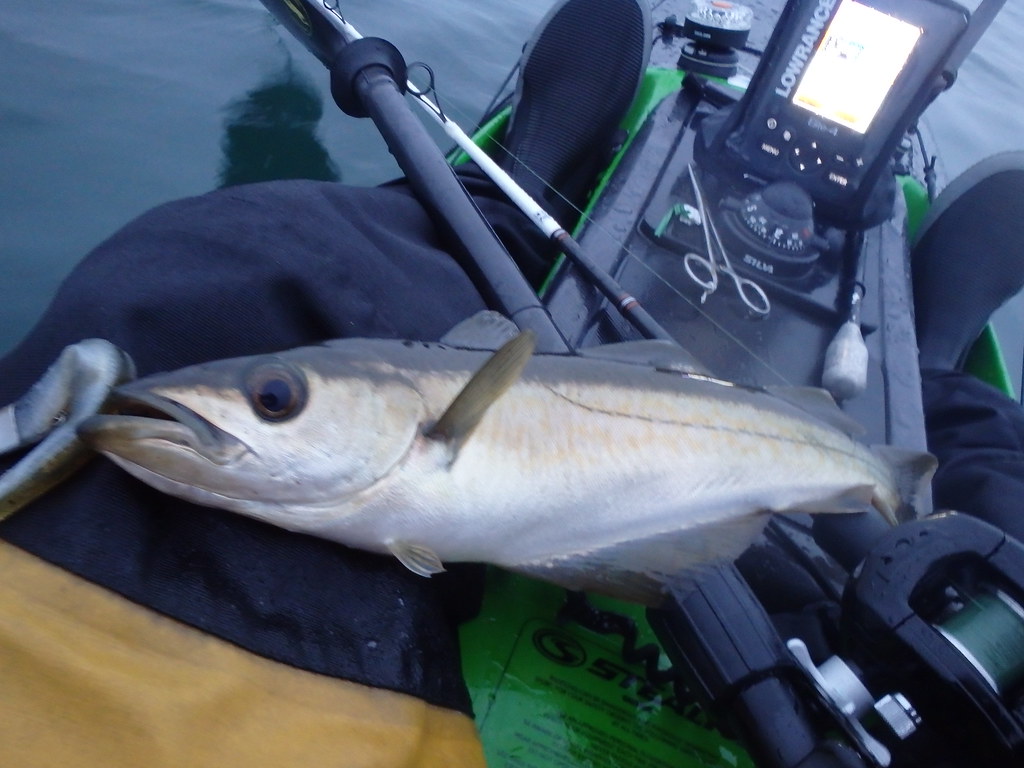 All returned to fight another day:

This one went nuts! Not huge (approx 4lb) but it just wouldn’t tire. Even at the surface it was one seriously frantic fish. I didn’t think I’d get it on the yak before it slipped the hook:

I also managed a few mackerel. It is great that these are still around and will do nicely for my lobster pot bait. This one took a large Delalande Swat Shad. Greedy blighter.