I went out on the hunt for Pollock on the 18th of August. I set out just as the sun was rising before 6 am. I have found early morning or later evening my most successful times to fish for Pollock here around Whitley Bay.

The sea was still choppy from the SE blow the day before (which was also forecast again later in the day). I love being out early (once I have managed to get out of bed).

I headed straight for the kelp beds that cover most of the bay around the lighthouse area and picked up a small cod very quickly. This fell to a weedless shad.

After that I tried a variety of techniques and struggled to find anything for about 2 hours. Jellyworms, Fiiish Minnows and Artic Eels, jigged, trolled and cast and retrieved. Nothing was happening. The wind was starting to pick up as forecast and things were not looking too hopeful. I had orders to bring home some tea as well!

By this point I had drifted along to Seaton Sluice and decided to work my way back. I trolled most of the way and tried a number of drop offs I have marked and finally got some Pollock action.

This one fell to a jelly worm rigged weedless:

This was a better fish that gave a good account caught on a white HTO Artic Eel cast and retrieved:

This one was the biggest of the session and fell to the same lure as above. It fought very hard and made the session all worth while. This one had tea sorted:

On the way back I lifted up a pot I had put down a couple of days ago. I had a lobster in it but it was undersized so back it went but not before a quick photo:

I’ll hopefully fit in a few more Pollock sessions before the murky waters return and the cod goggles come on.

I’ve had a couple of trips out over the last two days. On Thur night / Fri morning I fished with my creel for the second time. I wanted to see if my 2 lobster on the first outing was a fluke. It probably was but this trip even more so.

Anticipation building on the approach. 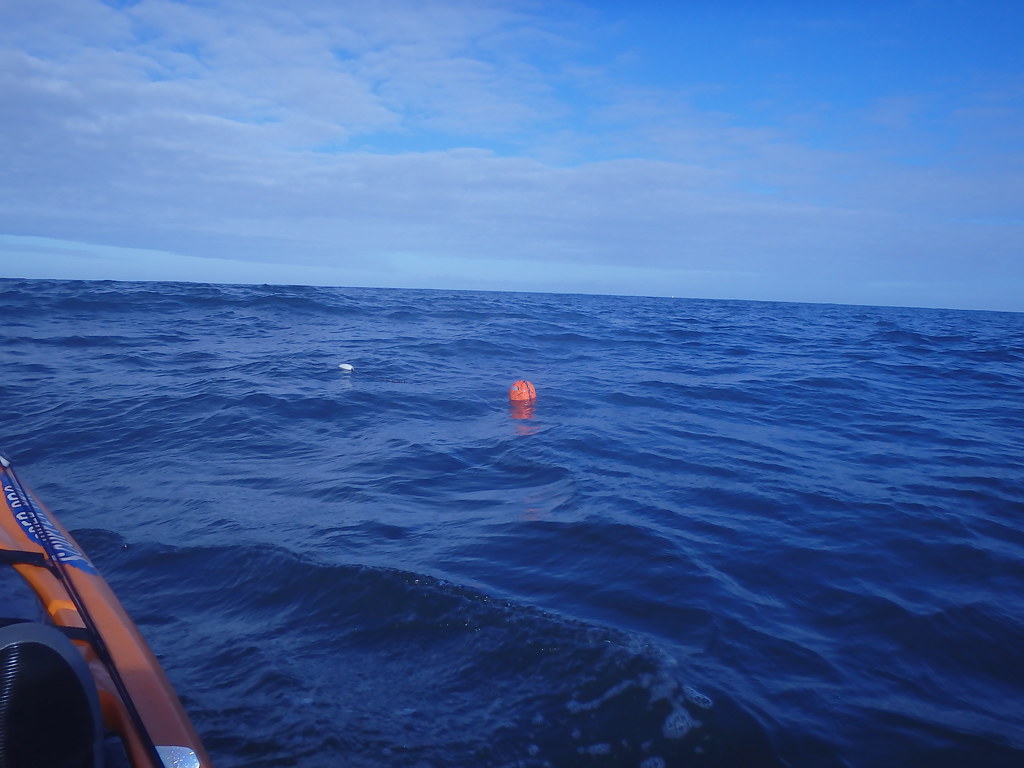 Greeted by a pot full of lobster. 4 in all. 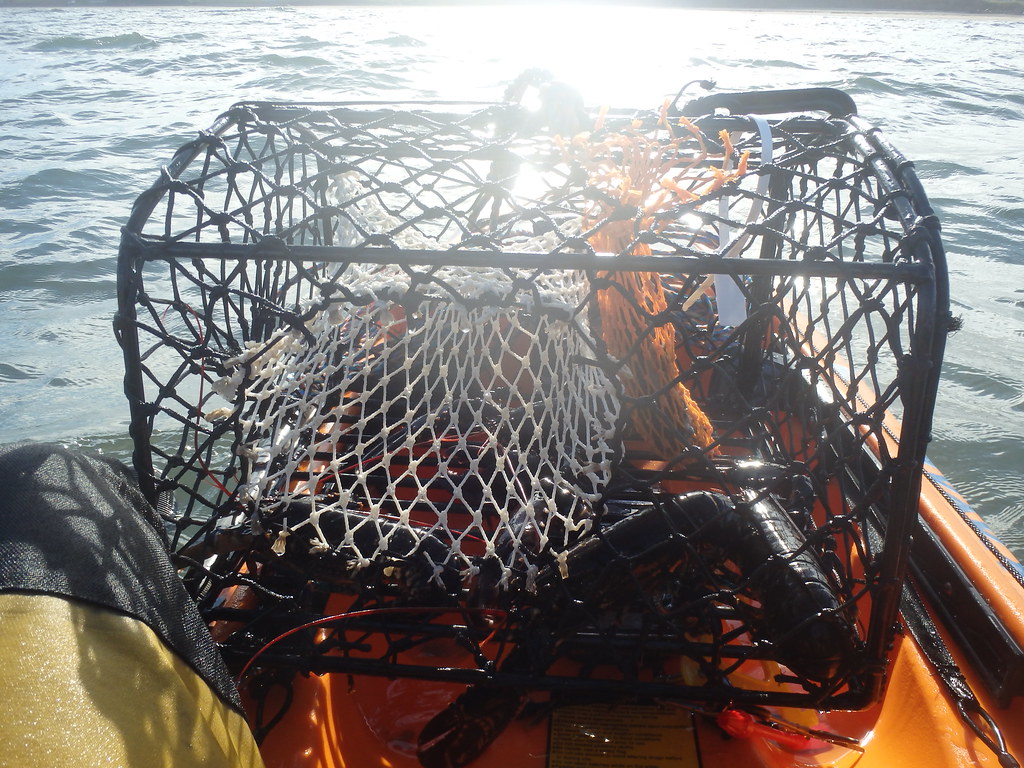 Three were under size and went back to fatten up: 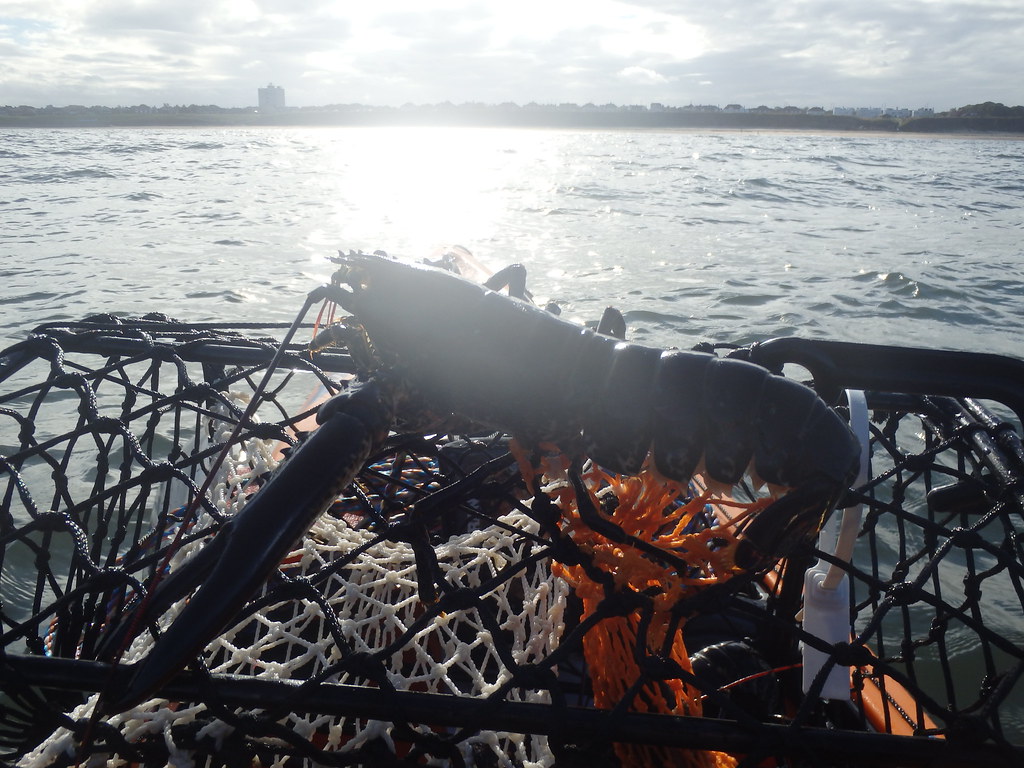 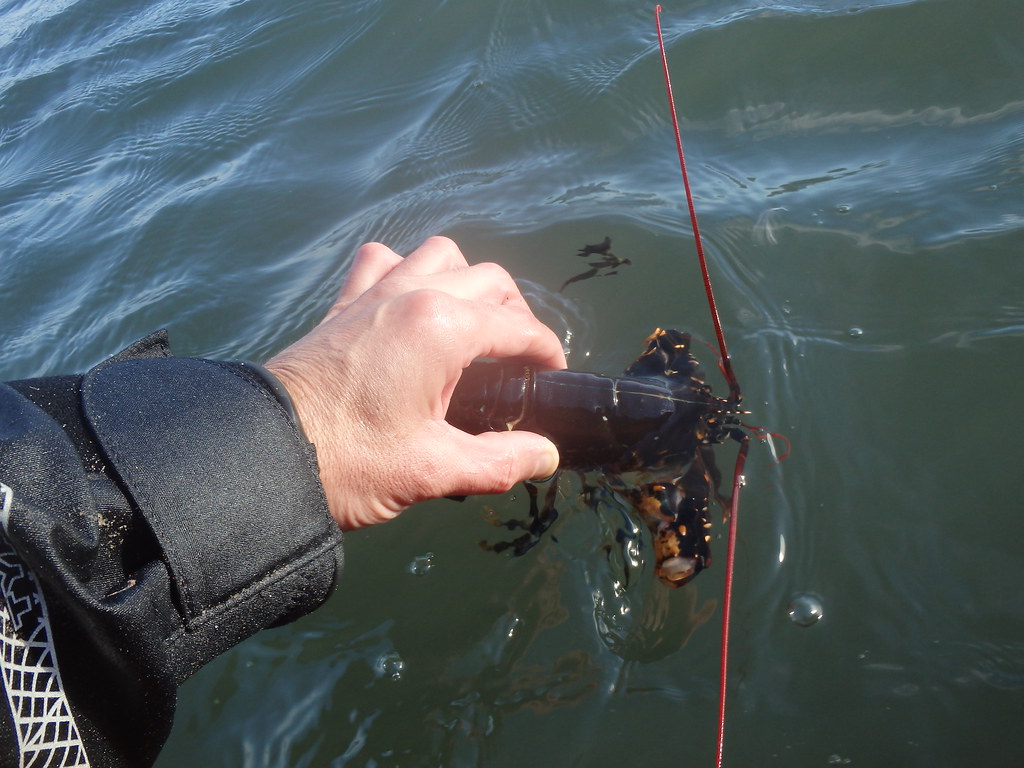 One was a good bit over the size limit and came home for tea. 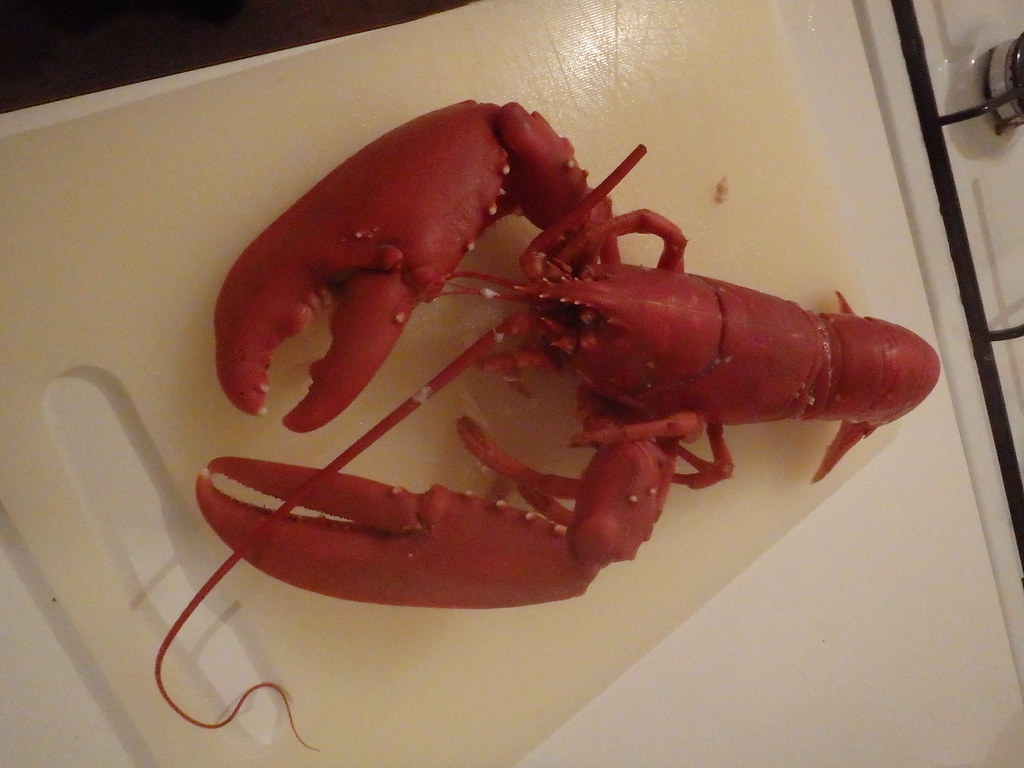 With the shell fish trip out of the way my thoughts were on a trip back out at Blyth with Dave (DT1). Especially seeing how well the local lads did on the Thursday when I was working. Saturday looked like a nice weather window and a plan was hatched to meet at ‘hole in the wall’, North Blyth for a launch at 6.30am. 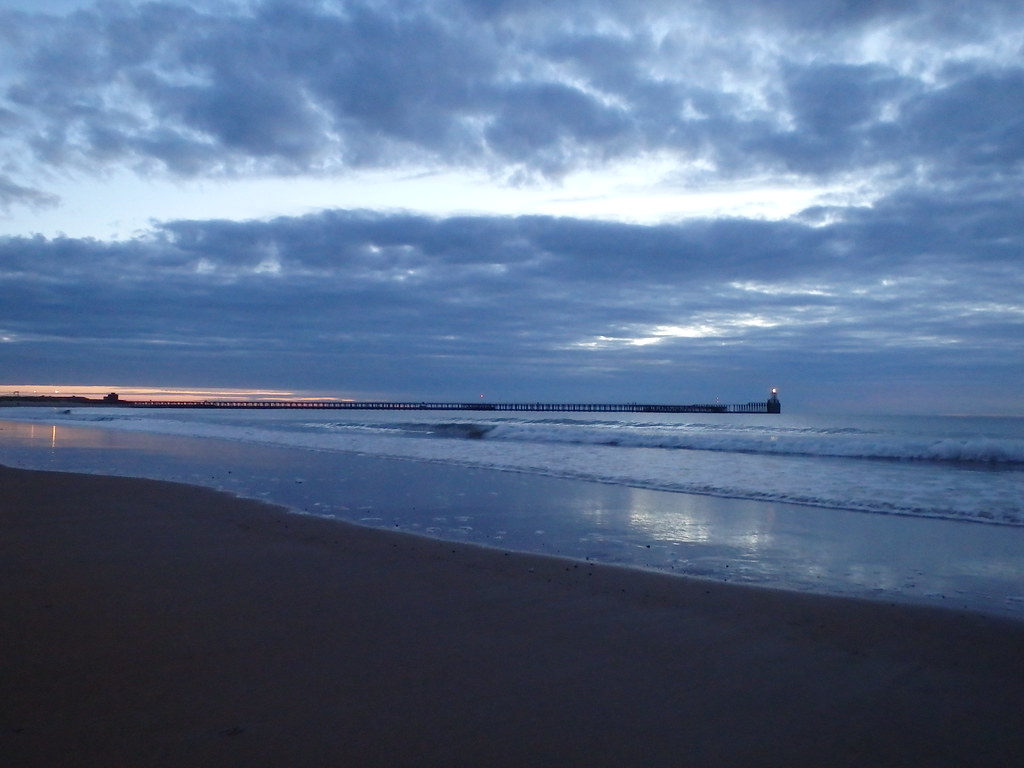 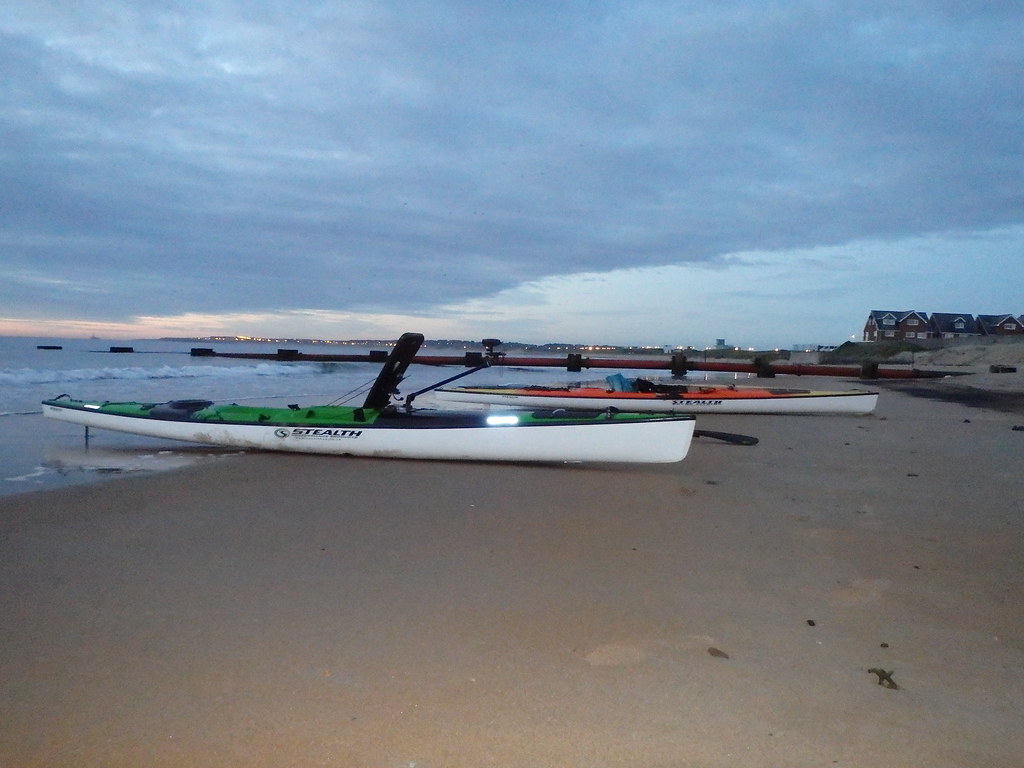 The wind turned out to be a right pain in the a**e. The forecast 5-8mph turned out to be a choppy sea of white caps for most of the session. Fishing was hard. I struggled and only hooked a couple. Dave “the fish magnet” DT1 didn’t have the same outcome and well and truly showed me how it was done 🙂

Our first spot proved fruitless but a move a 100 yards or so made all the difference. On the first drop in this new area we both hooked into good fish. Mine was on the drift a fair way up from the bottom with a jellyworm and screamed pollock. After a few big runs it began to tire and I gained some ground. The whole time this was going on Dave was wrestling with what looked like a very big fish as he struggled to get his rod tip out of the water.

My fish finally came to the surface and to my surprise it was a good ling. I was over the moon although this was very short lived. It did a roll and slipped the hook. I think the pictures say it all. From elation to dismay in about a second! 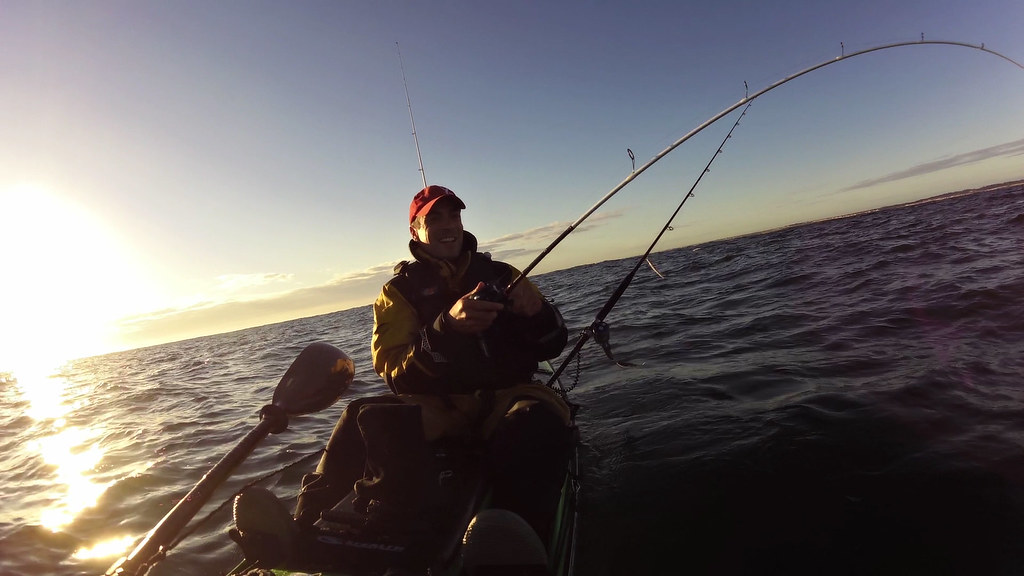 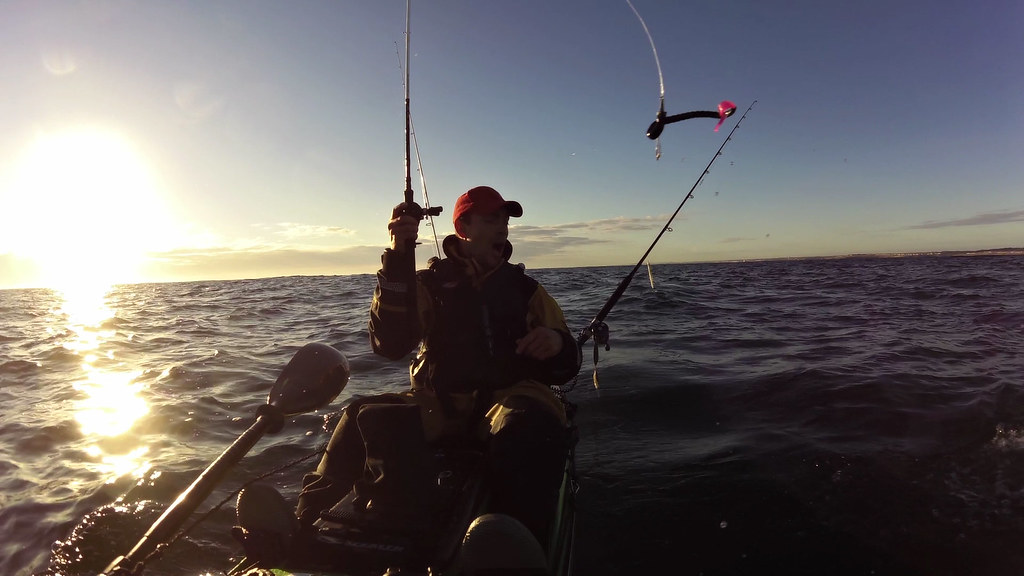 Dave won his battle to be greeted by a double hook up. A 6.5lb pollock and a good size cod. 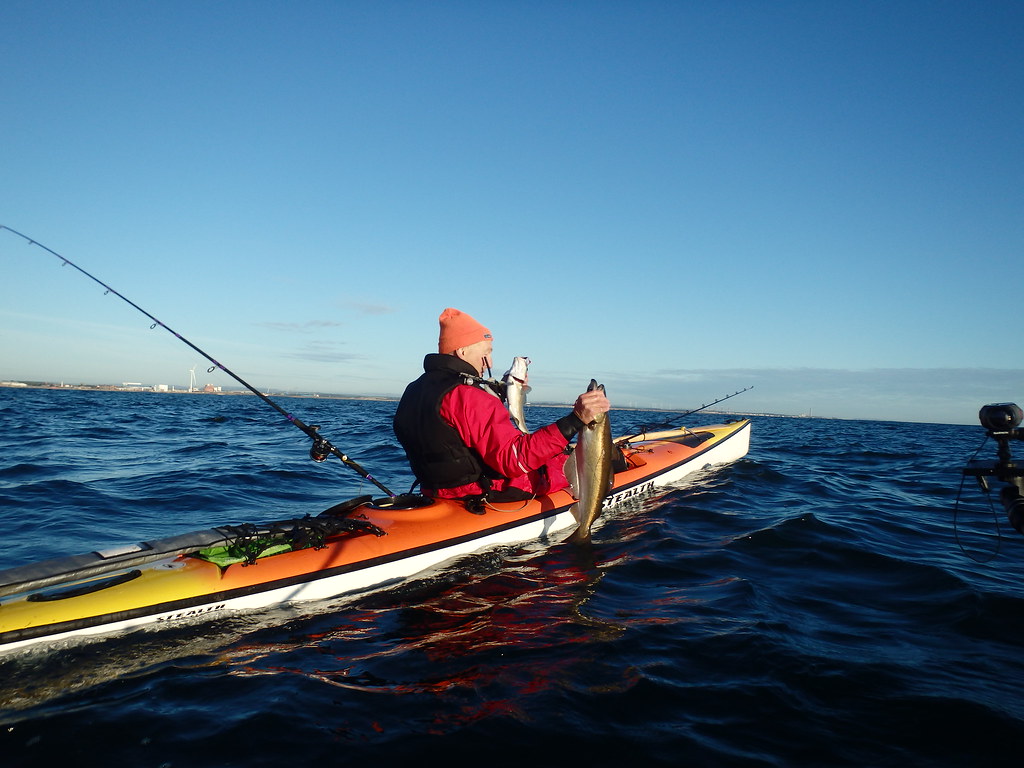 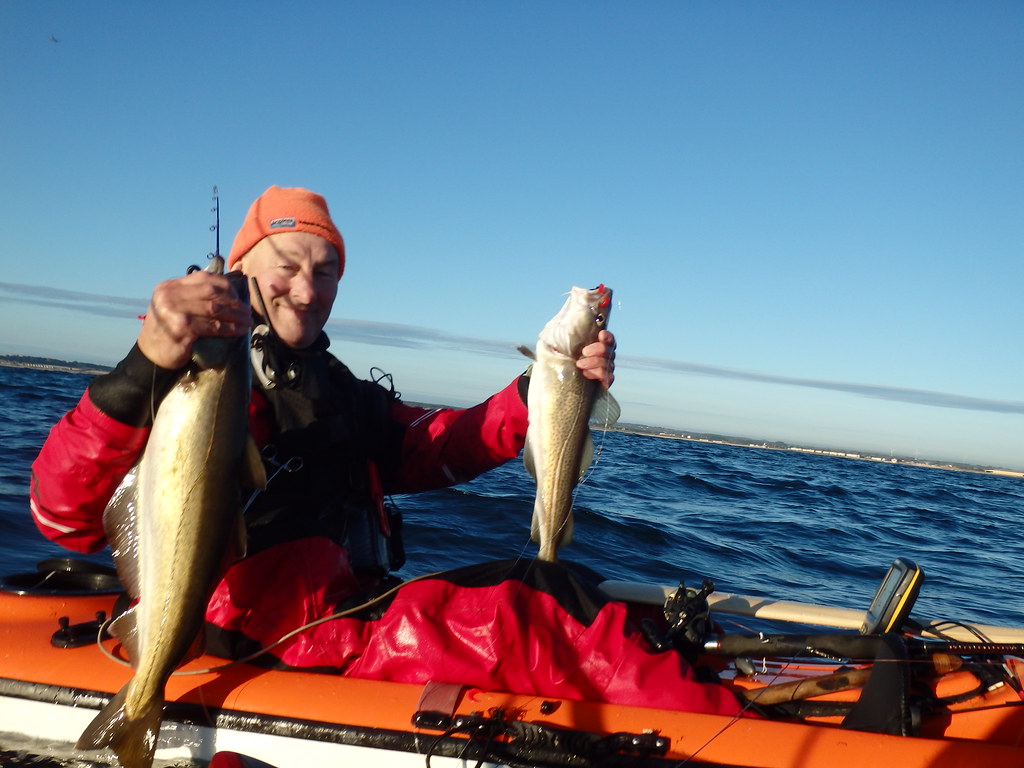 After that eventful few minutes the fishing became very hard (for me) and I only pulled up another cod. 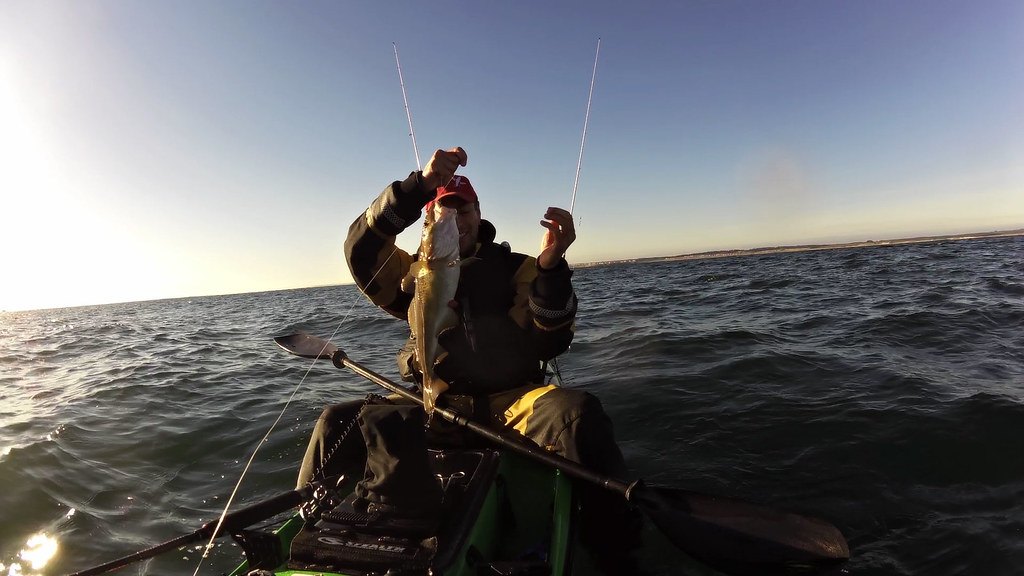 Dave proceeded to bring up another half a dozen cod!

My fishing was poor but the trip was great.

I recently invested in a small creel to try to catch some lobster and brown crab of the North East coast. I visited the Northumberland Inshore Fisheries agency in Blyth to get my 5 pot license. These guys were brilliant. They explained the do’s and don’t and even gave me a tour of their facilities 🙂

After a good mackerel haul the last time I was out I had the bait sorted. I just needed a weather window that would allow me to drop the pot after work one evening and then collect it the next day. A 2 day window was pretty hard to find but finally I saw an opportunity yesterday and today and I managed to catch two lobster! One was small and returned and the other was over the 87mm carapace size and came home for tea and tasted delish! 🙂

I was told they thin out at the end of October and disappear through winter so really hoping I can catch a few more before the season is up.

I made a short video: