I managed 3 hours on Sunday the 25th. The forecast wasn’t great with 10mph, gusting 18mph SE winds and fairly choppy seas but I hadn’t been out in ages so decided to go for it. The worst that would happen is I would paddle out and come back in and just that was good enough for me.

I headed out around lunchtime with slack tide. The water was much clearer than I was expecting so first off was lure fishing with my staple Fiiish minnows and H2O Artic Sandeels. 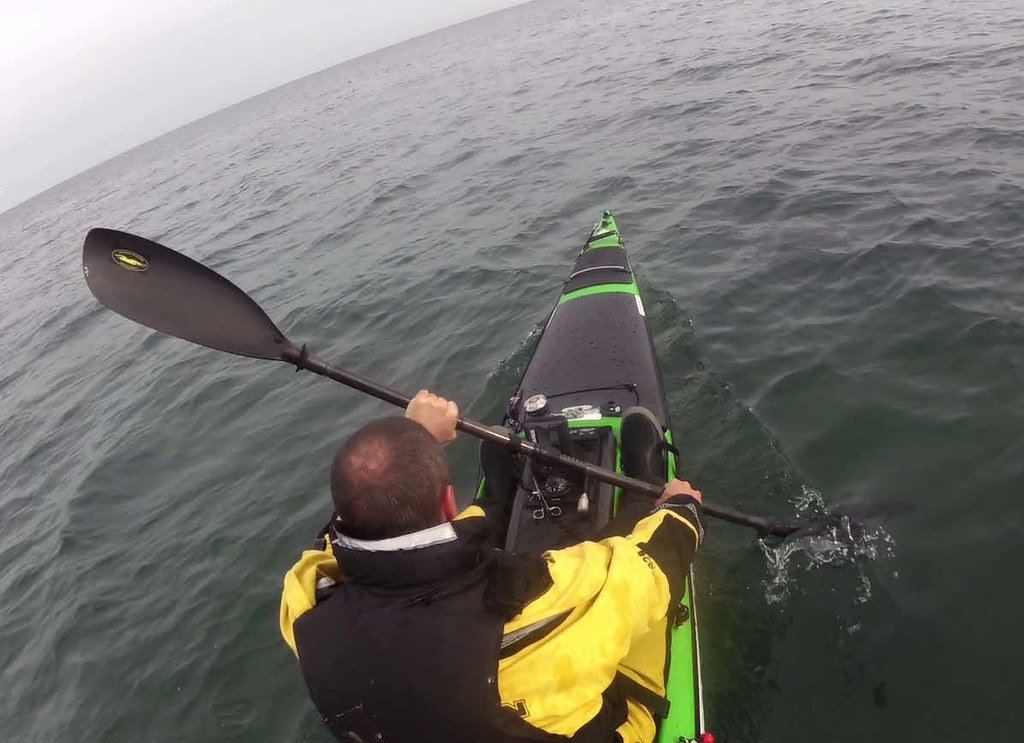 First drop in approximately 20-25ft of water and I was into cod amongst the kelp. I had 4 in quick succession but all were small. Still, it was a good start and great fun.

I then headed out to a drop off at 30-35ft of water (but surrounded by 45-50ft) and anchored up. 2 rods bait fishing with lug tipped with squid and I was straight into cod again. These were still small though.

It was time for a bit of ground baiting with diced mackerel I had caught in the summer. Berley bomb getting prepared: 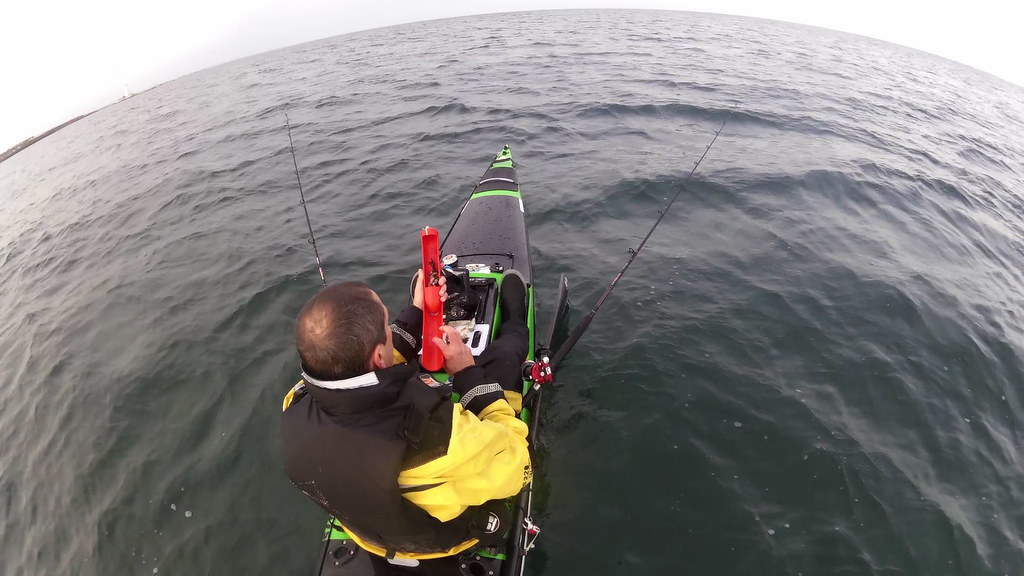 I put bait down little but often and a better stamp of fish began to appear. Now, it could have been the hundred other factors going on down there but I would like to think it was the ground baiting 🙂

At last. Something bending the rod a little. This is the Ugly Stik 12-20lb so quite heavy class. 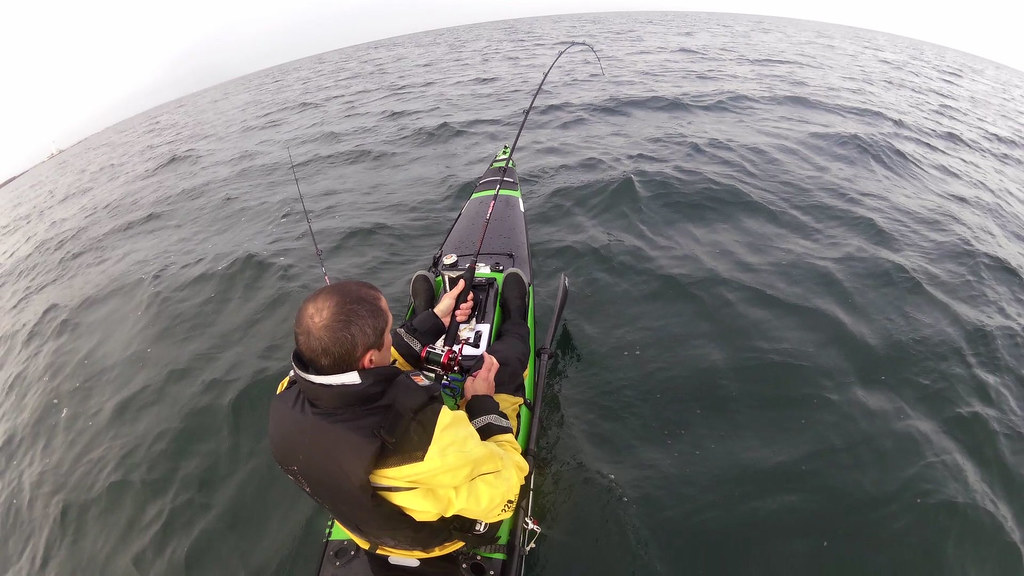 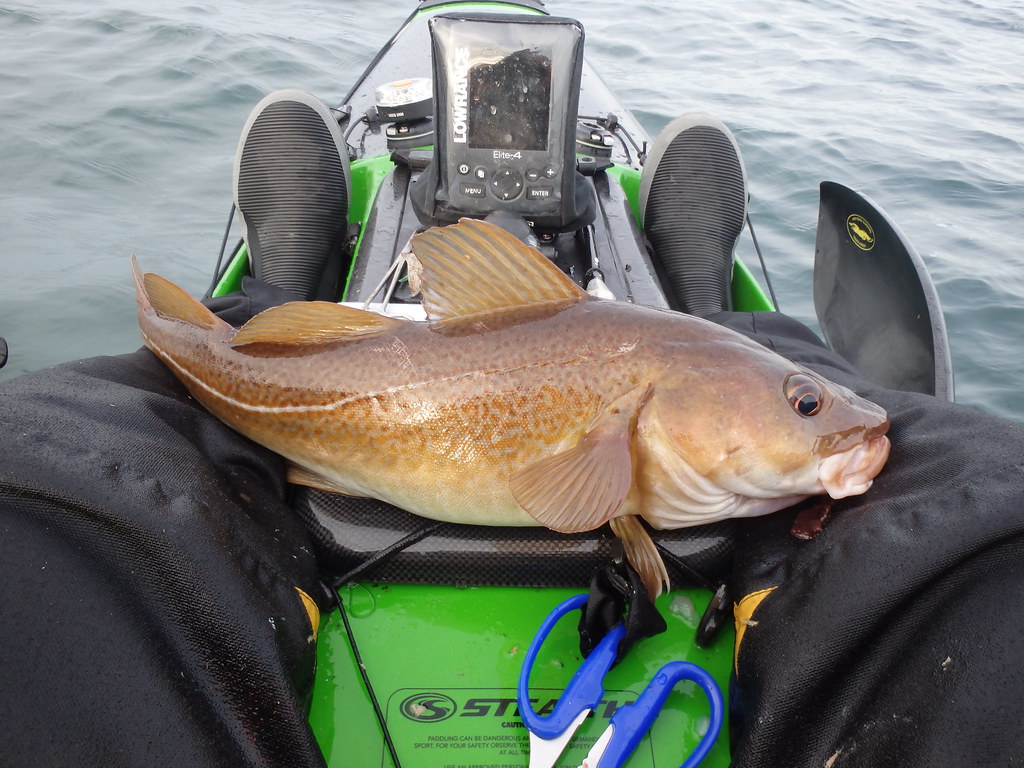 Another good one. Bigger at 8lb. A new PB for me (previous was 7lb). The strange thing about this one was it took the bait on the rise as I was winding in, a good 10-15 ft from the bottom: 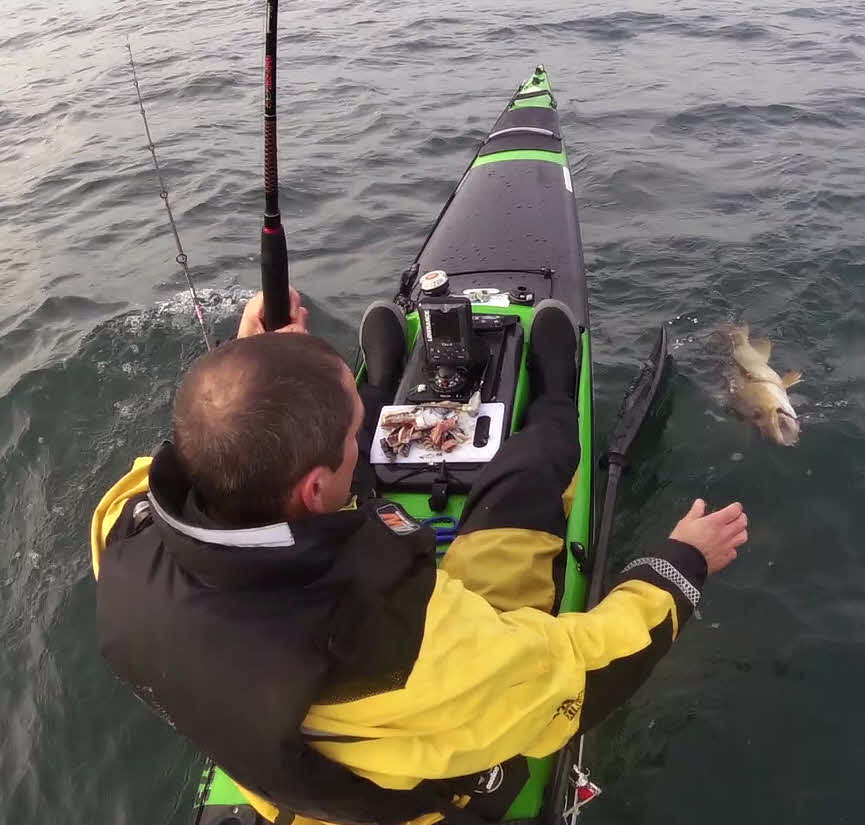 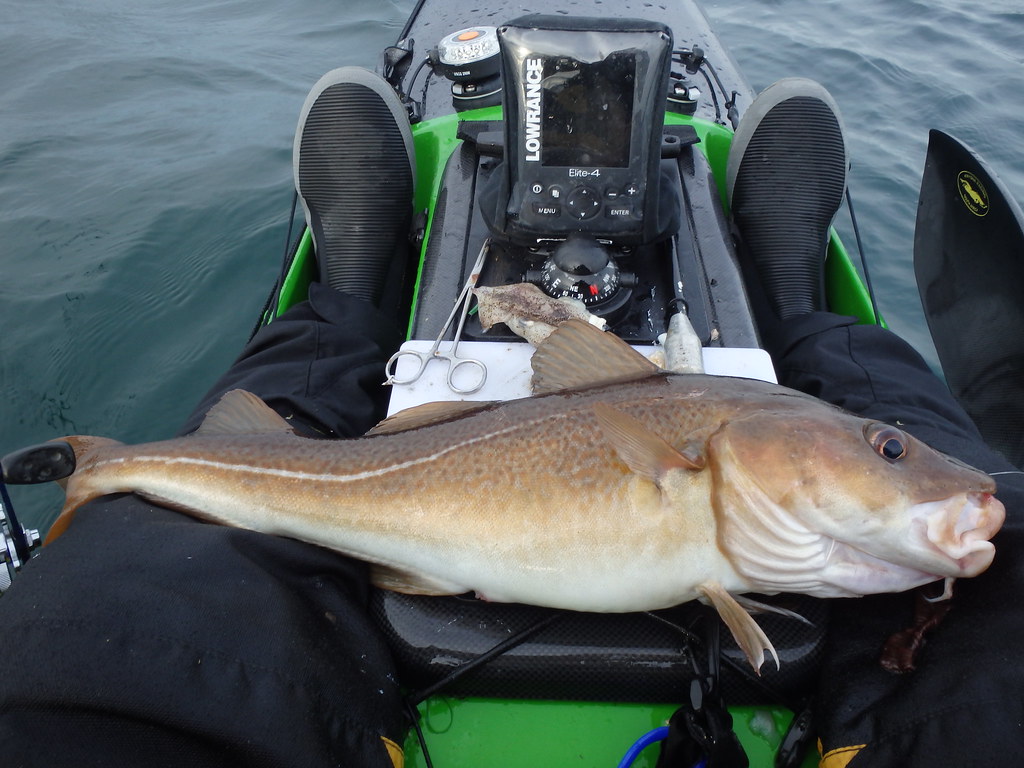 Big fish like this go back. I just keep a couple of 3-4lb ones for the table. Good to see him swimming off strongly: 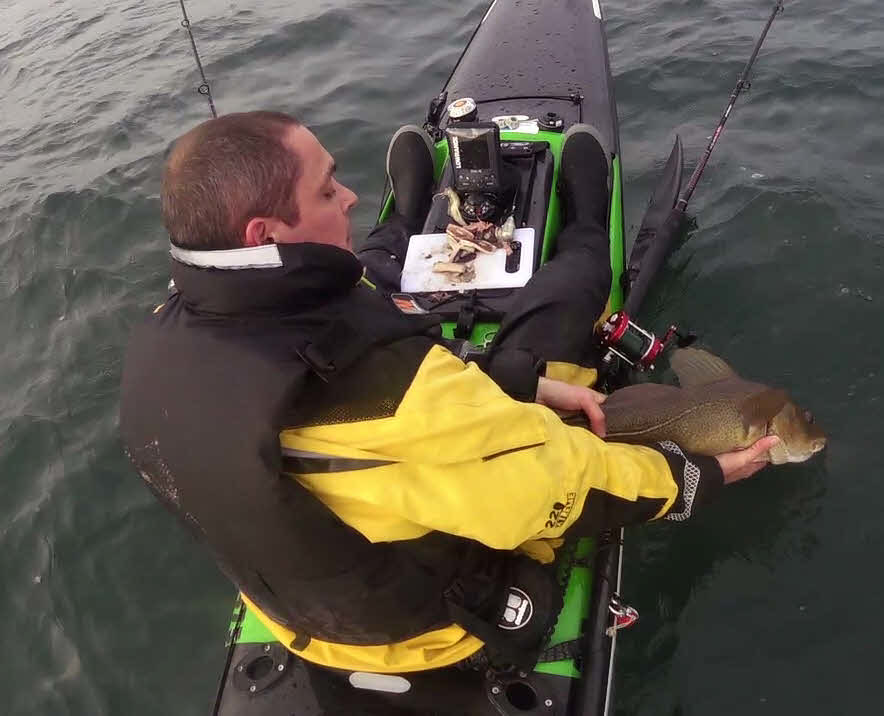 During the action at anchor I lost 2 rigs. Not to snags but to fish. Both felt like great fights. On the first occasion, I was a bit miffed. Second time around I was getting annoyed. This all changed though as the 12-20lb rod lurched over into a good fish (it would have been awesome on the 6-12lb rod sitting to my left…) 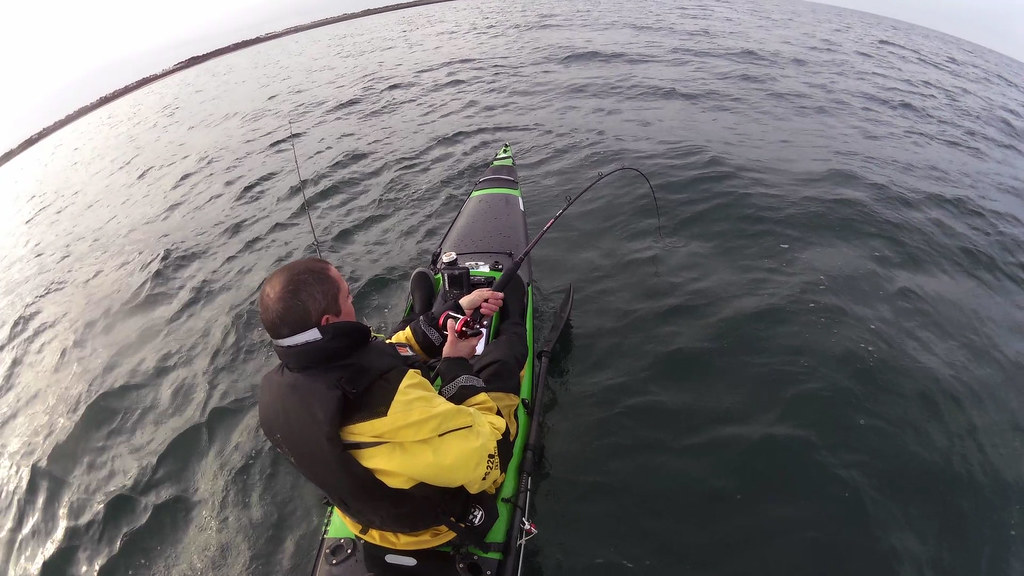 The fight was very strong initially. I couldn’t budge him from the bottom and thought I might be stuck. Then it gave up and rose to the surface quickly. There it was. My PB cod record smashed twice in one session :). This one measuring 10 and a half pound (or thereabouts. The scales were wobbling all over the place in the building chop). I was over the moon: 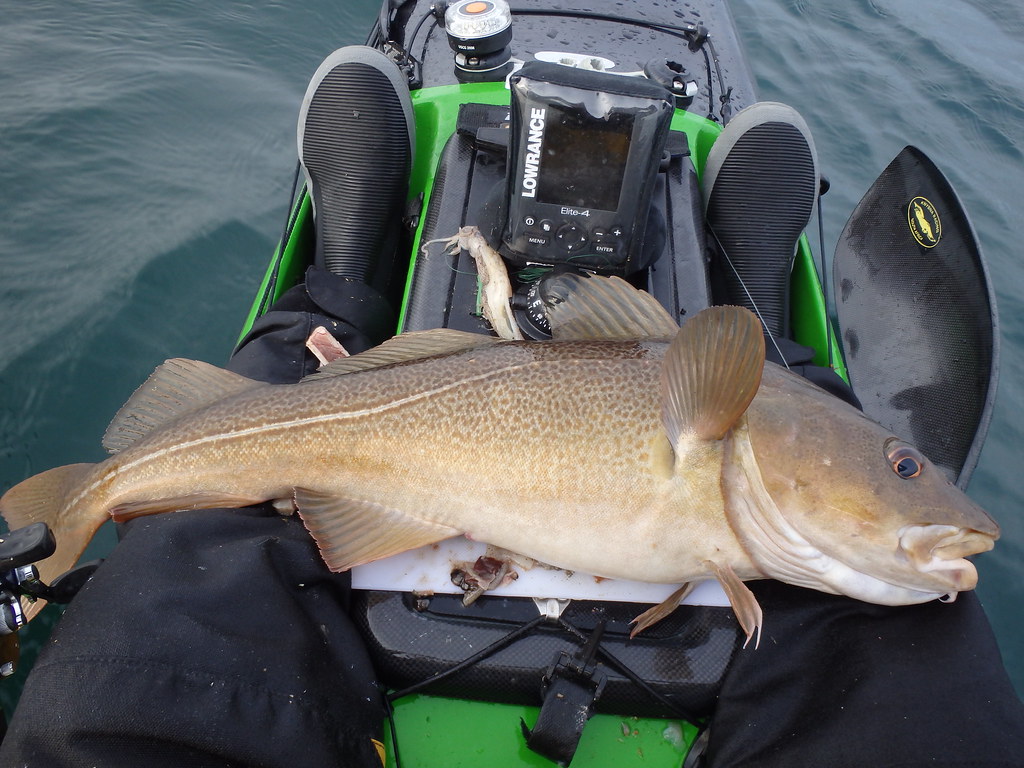 Again, returned safely to get even bigger. A few more cod fell to the hook after that but none anywhere near the last two so it was time to head back in buzzing! I just need to find another weather window soon to get back out amongst them.

I put together a video of the session for those interested: